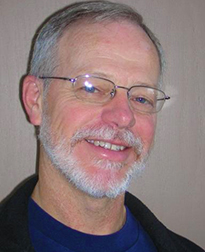 M.S. Thesis Title:  A Revision of the Family Pyrochroidae (Coleoptera: Heteromera) for North America Based on the Larvae, Pupae, and Adults.

The appointment I carry has a 75% teaching component. I teach ENT 302, Introduction to Entomology; the course serves as prerequisite for most other entomology courses.  It runs at capacity both fall and spring semesters each year, 120+ students/year.  I also teach ENT 331, Taxonomy of Adult Insects, ENT 432, Taxonomy and Bionomics of Immature Insects, and ENT 468, Studies in Field Entomology (our departmental “Capstone course”).  I developed and teach ENT 701, our Advanced Taxonomy series, devoted to a more in-depth examination of a particular order, or portion thereof. To date, courses have been offered on Coleoptera and Diptera (regularly), as well as Hemiptera and Aculeata (Hymenoptera), once each.  About 5-8 students/year work with me in ENT 699, Directed Study and I rotate through our Graduate Seminar Series, ENT 903.

I serve as advisor for entomology undergraduate majors (10-20 students/year); I am Chair of the Entomology Academic Affairs Committee, serve on the College Teaching and Learning Committee, and chair the Linnaean Games Committee for the Northcentral Branch of the Entomological Society of America.

I have served as major professor to an average of seven M.S./Ph.D. students/year; I serve as committee member on an equal number of graduate research guidance committees in entomology, botany, zoology, genetics, environmental studies, forestry and wildlife ecology, and education.

My personal research is directed toward the systematics, taxonomy, phylogeny, biodiversity, and natural history of insects, with a focus primarily on Coleoptera.  I focus primarily on the beetle families Pyrochroidae (world level; larvae and adults) and Ischaliidae (world level).  I have also contributed significantly on the taxonomy of the anthicid genus Lemodes, having described 14 new species from New Guinea and biogeographically related Pacific island archipelagos.

In 1997, I was invited to deliver a symposium paper entitled: “Wisconsin’s Species Diversity: The State of Scientific Knowledge.”  In doing so, I entered into a new direction for personal research and undergraduate-graduate training.  Although it might seem rather odd for an upper Midwestern state, most of Wisconsin’s terrestrial insect fauna is very poorly known compared to those of neighboring states and the region.  The absence of a Wisconsin insect inventory has contributed to a critical lack of consideration of insects from biodiversity or conservation biology standpoints and the equally perilous scenario of habitat management recommendations being imposed in these arenas based upon but a few insect species.  My presentation identified three research priorities: 1) basic taxonomically and habitat/site based sampling and inventory work, 2), training the future generation of taxonomic experts that will be increasingly called upon to form research partnerships with ecologists and conservation biologists, and 3) supporting the state’s natural history collections as the repositories of our natural heritage, to insure their necessary growth, and to support data management that is inherently a part of their use.

As a nominal 5% of my research appointment, for the past 20 years, I have served as Director of the UW Insect Research Collection (WIRC), overseeing activities of the Academic Curator, student hourly employees, and volunteers, setting and administering WIRC policies and long range plans, developing and approving budget expenditures, and preparing proposals for outside funding.  I also serve as Chair of the UW Natural History Museums Council and oversee the distribution of the “Block Grants” program that helps serve the collections across the UW-Madison campus.